Affordable Housing in the new NPPF

The government has published a new National Planning Policy Framework. 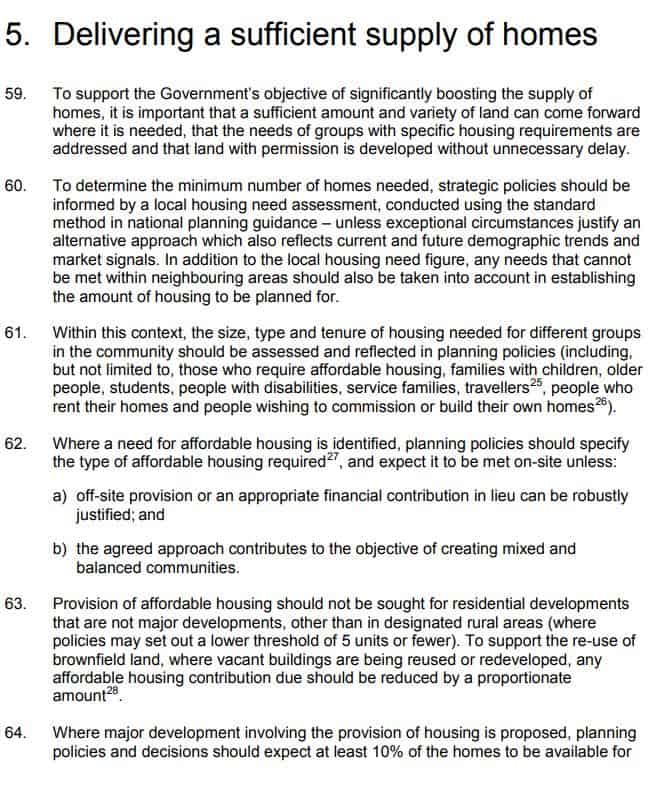 The Campaign for the Preservation of Rural England (CPRE)  has published research on affordable housing:

60,000 houses being planned for land that will be released from the Green Belt, while the percentage of ‘affordable’ homes built continues to fall

The Green Belt remains under severe pressure, despite government commitments to its protection, according to a new report from the Campaign to Protect Rural England (CPRE).

CPRE’s annual State of the Green Belt report [1] highlights that there are currently 460,000 homes being planned to be built on land that will soon be released from the Green Belt [2]. Moving Green Belt boundaries when reviewing local plans makes it easier for local authorities to release land for housing, but is only supposed to take place under ‘exceptional circumstances’. This strategic shrinking of the Green Belt, as a way of getting around its protected status, is as harmful as building on the Green Belt itself.

The report also demonstrates that building on the Green Belt is not solving the affordable housing crisis, and will not do so. Last year 72% of homes built on greenfield land within the Green Belt were unaffordable by the government’s definition [3].

Of the 460,000 homes that are planned to be built on land that will be released from the Green Belt, the percentage of unaffordable homes will increase to 78%.

CPRE warns that this release of land looks set to continue, as one-third of local authorities with Green Belt land will find themselves with an increase in housing targets, due to a new method for calculating housing demand. The London (Metropolitan) Green Belt will be the biggest casualty [4].

Want to be notified when a new post is added?
August 4, 2018
Affordable Housing, Planning, Uncategorized