1838
Rural deprivation, still prevalent locally, prompted the last armed rising on English soil, the Courtenay Riots, led by ‘Sir William Courtenay’, in real life John Nichols Thom, from Cornwall. His agenda was a socialist one and was well supported by farm workers, but his ill-equipped little army was defeated, and he was killed, at the Battle of Bossenden Wood, just east of Faversham. 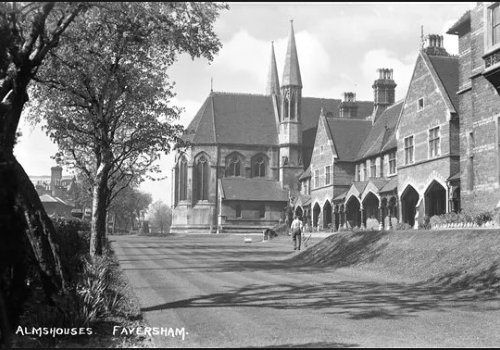 1841
After the opening of the North Kent railway from London to Strood the direct stagecoach service to London ceased, passengers travelling to Strood to pick up the railway there.

1845
Thomas Willement, who had revived the art of stained glass in Britain, moved to Davington Priory, whose church and other buildings he restored.

1849
Originally built in the 1830s, the Assembly Rooms were re-opened following a fire. Situated in Preston Street, these have now been restored to their former glory and are in use for their original purpose.