1873
Manufacture of high explosives was revived at a factory built at Uplees, alongside the Swale, by the Cotton Powder Company. Over the next 40 years this expanded rapidly to occupy a site of about the same size as the City of London. Alongside it the Explosives Loading Company, a sister company, built a plant in 1912.

1887
Faversham Cottage Hospital opened in Stone Street on a site given by the Rigden family, and with funds from the Hall family, operators of the three gunpowder factories.

1898
Increasing railway traffic resulted in the reconstruction of Faversham railway station, with four through roads instead of two. The Preston Street level crossing was eliminated by the building of the Forbes Road underpass. 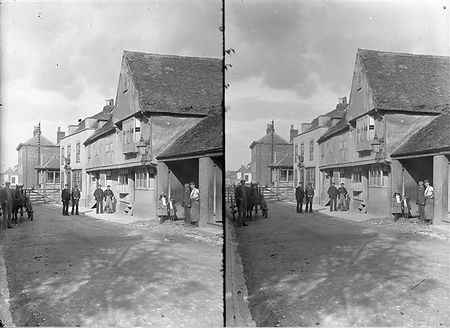 A digitisation project is taking place, run by Faversham Society volunteers. The quality of the old photograph of the level crossing has been much enhanced.