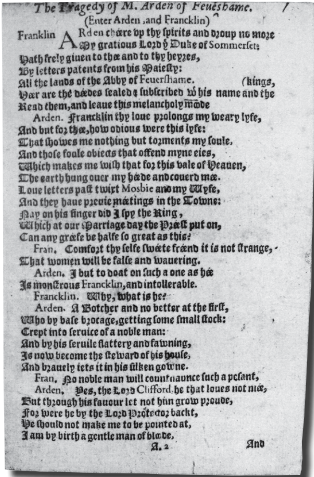 1515
The Maison Dieu, which had become corrupt, was dissolved. In its camera regis (royal suite) it had lodged many crowned heads from England and the Continent.

1538
Faversham Abbey was dissolved as part of Henry VIII’s scheme for the suppression of monasteries. Much of its masonry was shipped over to Calais to reinforce its defenses against the French.

Some elements can still be seen dotted around the town, ‘aquired’ by the local townsfolk.

1546
King Henry VIII presented his Great Charter to the town and appointed John Seth as mayor. This charter provided a framework for the government of the post-abbey town. Faversham was about to enter a period of great prosperity under it’s own control.

1588
Faversham provided a 40-ton ship, Hazard, to join the battle against the Spanish Armada.

1551
An ex-mayor, Thomas Arden, was murdered in his own home in Abbey Street, at the instigation of his wife Alice and her lover. Alice was the granddaughter of the builder of the Mary Rose, who, along with most of her accomplices was later executed.

This shocking crime was the theme of the 1592 play Arden of Feversham, which is still performed today. Recent research has shown that it was at least partly written by William Shakespeare.  He appeared as an actor in the town in 1591 – 1593.

1573
The brewery that is now Shepherd Neame was being operated by John Caslock. It is now the oldest in the UK and still brews on its original site.

1573
Thomas Gill, Faversham’s first recorded gunpowder maker, was living in Preston Street. His mill was probably at or near the site of the present Chart Mills, just off Stonebridge Way. It became the nucleus of the Home Works, the town’s first gunpowder factory.

1574
A new market hall was built in the Market Place. This became the town’s third guildhall in 1615, as it remains today. However, the superstructure over the arcades had to be rebuilt in 1814 after a fire.