Up to World War II

1930
With diminished demand for local oysters, the ancient Faversham Oyster Fishery Company ceased to be a trade collective and became a conventional limited company.

1934
With war clouds looming, the town’s three gunpowder factories closed, their production, many of their staff and some of their machinery transferring to Ardeer in Ayrshire, less vulnerable to enemy bombing attacks.

1939
World War began. Though in 1940 the crucial Battle of Britain took place overhead, the town suffered little physical damage. But, with air raids raging over London, hop pickers flocked down to Kent, feeling that they would be safer in the hop-huts than in their own homes. 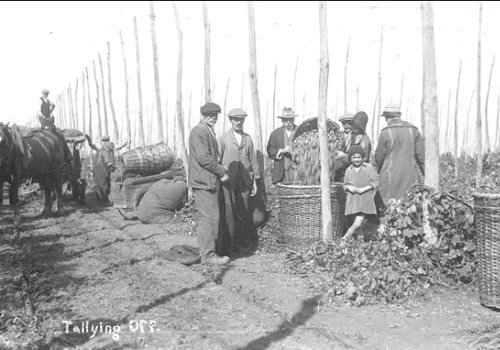 The town rallied behind a huge effort to support the Faversham Spitfire Fund.